Our talented team of Shop Scotland makers, designers and do’ers have been busy as always creating, selling and exhibiting. Quite a few of them, however, have been celebrating their own small business success stories recently. Here are a few of the reasons we’re raising a glass to our amazing Shop Scotland members tonight. Congratulations!

Sheila Kerr Jewellery (Irvine) –  was nominated for and won the ‘Independent Jewellery Store of the Year’ in the 2019 Scotland’s Independent Retail Awards. Amazing! Sheila also enjoyed a good bit of press in the Daily Record thanks to the award. (see pic 1)

Nape Textiles (Glasgow) – were approached after being spotted on Shop Scotland. After sending samples and a few meetings, a significant order for Kay’s luxury scarves has been placed and further collaboration is planned for the upcoming year. You can find luxurious silk scarves from Nape Textiles alongside the luxury leather goods of Glenroyal at the Royal Highland Show later this month.

Sandra Vick (Penicuik) – was over the moon to be awarded the ACID Post-Newcomer Award at the British Craft & Trade Fair in Harrogate. The award recognises excellence in original design and product presentation. (see pic 1)

The Bonnie Bra Company (Glasgow) – won the highly coveted title of ‘Scotland’s Most Unique SME’ at the Scottish SME Business Awards 2019. What an accolade! (see pic 1)

Alexis Southam Jewellery (Forgandenny) – is taking on a new team member! Hubby Ilan is joining the business and will be tasked with website duties, product photography, Etsy listings and much more. Ilan has more than 20 years experience in the jewellery trade and adding him to the team means Alexis will be able to focus more on design and creation. (see pic 3) 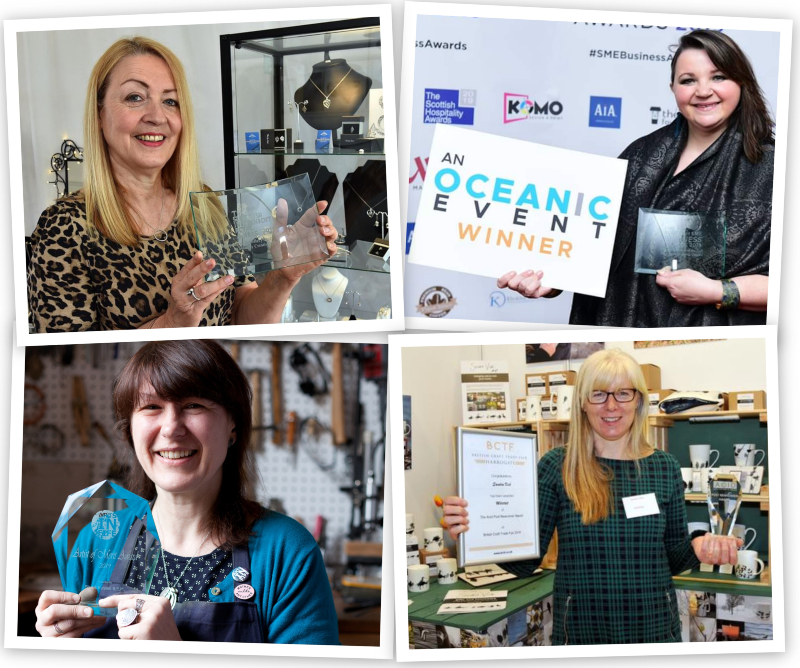 Fiona Finlayson Art (Livingston) – has a new stockist on the Isle of Bute. You can now find Fiona’s beautiful felt animals in Driftwood_Bute in Rothesay. Fiona has also recently won 2 weekly small business competitions on Twitter.

Milomade (Kinghorn) – has been awarded the huge honour of taking home the 2019 Artist of Merit Award from Arts in Fife. Evie was chosen as the stand out artist in recognition of her creativity with recycled materials, salvaging what others might dispose of and re-working these old items into new jewellery pieces with a re-imagined beauty and charm.  Milomade will also be exhibiting for the first time at Scotland’s Trade Show this Autumn at the SEC. (see pic 1)

Re-Wrap-It (Glasgow) –  recently appeared on BBC1’s ‘consumer reality show The Customer is Always Right’. A cross between Dragons Den and Gogglebox, products are sent out to reviewers to trial and vote for. Huge exposure for Shona’s eco-friendly sandwich wraps. Find out more about how the show went on Re-Wrap-It’s blog here. (see pic 3)

The Canny Squirrel (Paisley) – is now supplying her embroidered textiles to the Scottish Design Exchange in Ocean Terminal, Edinburgh. Already stocked in the Glasgow branch in Buchanan Galleries, Katherine is delighted to have her products on the shelves within both SDX outlets. The Canny Squirrel is also holding a free-motion embroidered hoop workshop as part of the Creative Craft Trail on Sma’ Shot Day. The class is free of charge on Saturday 6th July in Paisley. Find out more and book here.

Mauralen (Bearsden) – has so far this year tripled her stockists from 4 to 12, and is in talks with another 3 retailers. You can now find gorgeous glass creations made by Mauralen in independent shops and galleries throughout Scotland including Quirg, Janet & John, and Bubblegum Kitschville in Glasgow, Artisanand, Aberfeldy and An Independent Zebra in Edinburgh. Kate of Mauralen is also shortly going to become a Mugdock Makker in Mugdock Country Park. (see pic 3)

Kevin Hunter (Gourock) – now has his amazing Scottish landscape art hung in yet another public domain. If you’re ever staying at the Perle Oban Hotel you might be lucky enough to sleep beneath his work. (see pic 2) 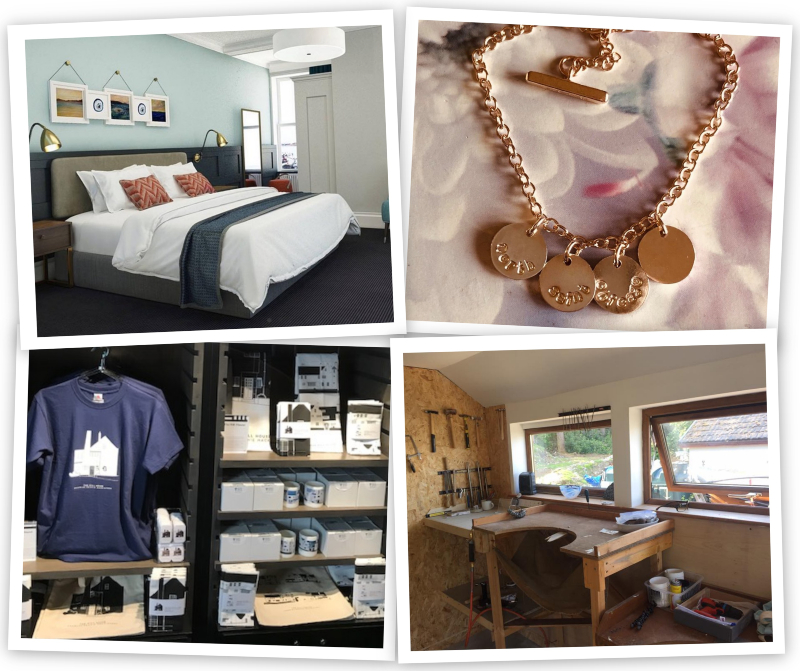 Flight Weaving (Swinton) – has recently had an article published in Garland magazine. Janis has written about her incredible trip to China where she sponsored by the British Council to teach women new weaving techniques. These new weaving forms it is hoped will help the women to generate income helping towards their families’ finances and allow them to continue weaving their traditional fabrics.
The Silver Grasshopper (Raasay) – has a brand new jewellery studio! After years of creating her pieces in the garden shed, Fiona now has this amazing space to fill. Starting this August, Fiona will be opening her new studio space to loved up couples to design and make their own wedding rings. With full tuition and guidance from Fiona, and a hallmark from the Edinburgh Assay Office couples can bring their own ring ideas to life on beautiful Raasay. Oh, and Fiona got engaged!! ♥ (see pic 2)
Supernature Oils (Gorebridge) – have recently extended their reach with food partners Brakes. Due to increasing demand their oils are now available south of the border and on offer through Brakes UK-wide distribution channels to an additional 80,000 customers. Supernature have also been in the papers again. Lynn was recently featured in the Royal Bank Accelerator adverts which appeared in the Metro newspaper. (see pic 3)
Wee Wishes (Leven) –  are thrilled to recently add 3 more retailers to the hundreds of stockists, already selling their handmade greeting cards and products throughout Scotland. New stockists for Wee Wishes include Occasions in Eyemouth, A Gift Tae Gie in West Kilbride and The Quirky Cuckoo in Meigle.
Hole in My Pocket (Glasgow) – created a set of architectural elevations for a huge new collection including mugs, tea towels, magnets, coasters, notebooks and t-shirts for the National Trust for Scotland. The products were designed for the opening of the new visitor centre at Hill House in Helensburgh. (see pic 2)

SunCatcher (Kirkintilloch) – is now being exported to Germany! 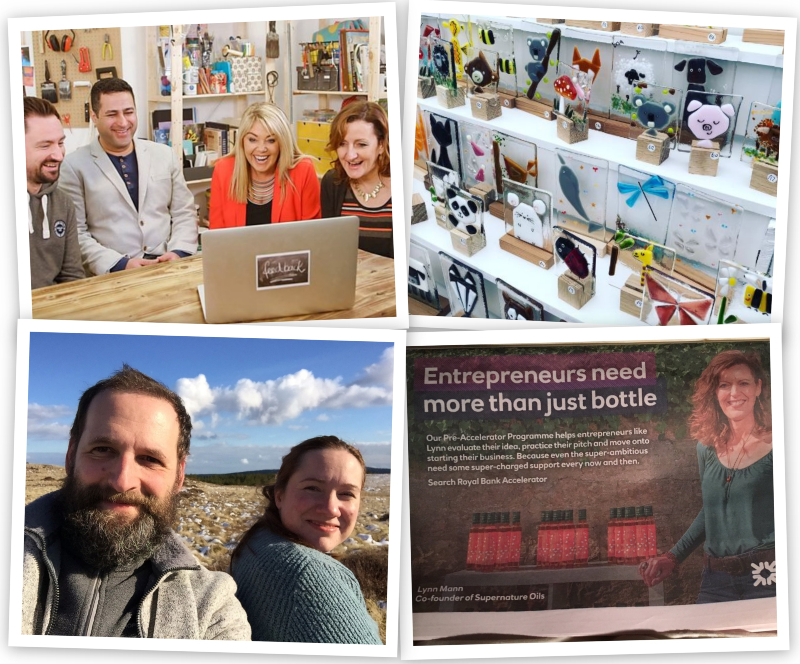 Congratulations everyone for all the great news. Awards, expansion, exhibitions, stockists, press, great sales, love! Love our wee Shop Scotland superstar team of talent. Keep an eye out for the next bundle of good news coming soon …. 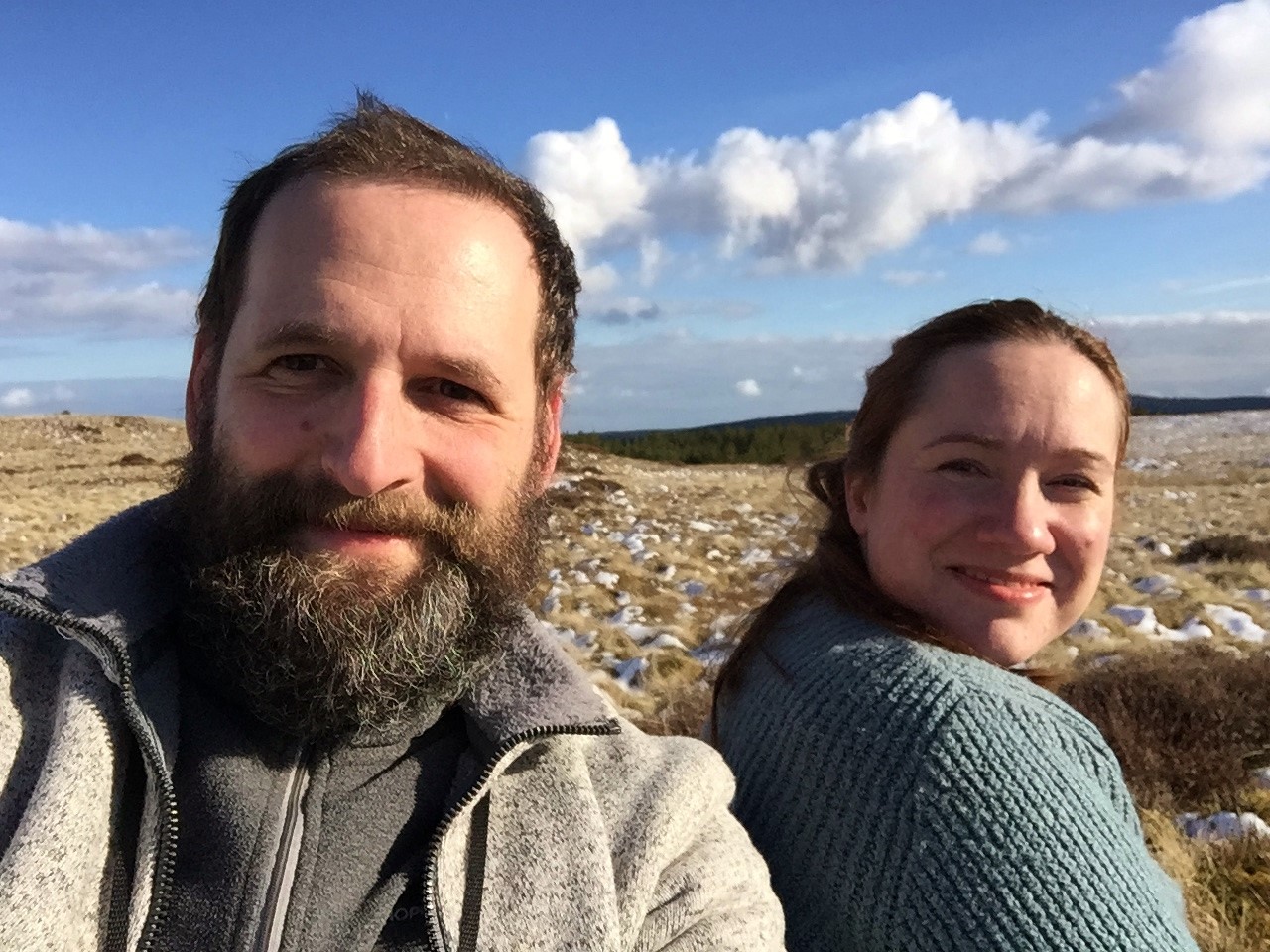 The talented team of Shop Scotland designers and makers are busy as ever creating, selling and exhibiting. These little empires of Scottish success never stop and we’re thrilled so many of them are celebrating amazing news this month. SO many small biz business success stories recently. Here are a few of the reasons we’re raising a glass to our amazing Shop Scotland members this month. Congratulations!   Penguin Parade (Edinburgh) and Adrian McMurchie (Glasgow) – were both […]