In the Shop Window with The Urban Pirate, Glasgow

Our ‘In the Shop Window’ interviews are a little glimpse behind the scenes of some of our brilliant members. Read the back story, inspiration, and a little bit of critical hindsight advice from David of The Urban Pirate, Glasgow.

My Business: We make printed textiles and clothing that are inspired by Scotland and Scottish culture. Our main focus until now has been menswear but we continue to grow and try new things. The gift market is pretty saturated with a lot of mass market. We can’t compete against that, and we don’t try to. We keep it simple. We keep our designs original and we make them to highest standard we can.

Starting Out: I started off studying illustration in Glasgow and then onto receiving a degree in Graphics. I originally wanted to be a comic book artist but graduating in the middle of a recession meant very few job opportunities for people like me and I decided to get creative. I loved drawing, I loved making things (plus a 9-5 office gig would have made me die inside), so I started Urban Pirate. I’m crazy about all things Scottish and combining that with my passion for drawing meant I could produce original designs with an inherent Scottish undertone. I wanted to be successful but more importantly I wanted to produce work of quality. I’m a huge supporter of independent home grown design and work closely with many other local makers and designers in and around Scotland. 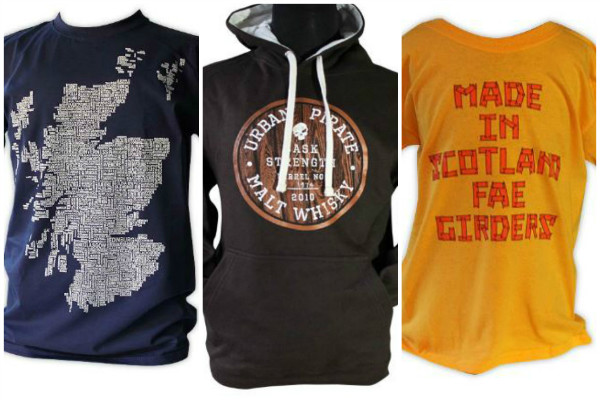 Business name: Urban represent the graphic nature of some designs, akin to graffiti and technology. Pirate represents a more naturistic approach, the idea of getting ‘hands on’ and using traditional means of creation. I could lie and say it came in a moment of enlightenment … but it was really on a flight from Dublin

Previous jobs: I’ve been a humble shelf stacker in my days and during my studies, worked behind the bar in the student night club at the Glasgow School of Art. There are many, many stories, which cannot be told here!!

My “typical” working day: No day is ever the same, but as a rule I try to take care of customer orders first. Beyond that I generally tinker around with designs and product ideas. I feel my best work actually happens after 10pm. It’s not unusual for me to be working away well past midnight. I’m a bit of a night owl.

Self employment highs: The freedom to just do things whenever is the best. I have complete control over everything I do. I never have to cut corners on things that are important to me and I set my own schedule. When it comes to working creatively I think having the ability to just stop and chill for a bit is essential.

Self employment lows: The drawback of the freedom is procrastination, which I am brilliant at. I will find almost anything to do without actually doing any work.

Inspiration: Generally I work from the starting point of things that I’m interested in. I usually approach designs with the thought of, if I’m interested, maybe someone else will be too. My environment has a huge influence on what I do. Many years of camping and travelling around Scotland has left me obsessed with the landscape up north, particularly the West Coast.

Find Me: You’ll find all of our designs from the Urban Pirate website. We work with number of independent retailers around the country as well as a huge number of National Trust for Scotland and Historic Scotland. During the summer months we can be found at outdoor events all over Scotland, normally knee deep in mud!

Business Achievements : In our first year we won a ‘Best Design’ award at the Scottish Trade Fair. It’s judged by people in the industry so we were v. chuffed! We were also named Best Trader in 2013 for the European Pipe Band Championships. Another design that was produced exclusively for the National Trust of Scotland was awarded a high recommendation for its product range at the Association for Cultural Enterprises award ceremony in 2015. The truth though is that we’re extremely proud to have some of the same customers buying from us as we did the first year we started. Our client base and stockists have supported us immensely over the past 6 years and keep us in business!

Longterm goals: I would love to open up an Urban Pirate Shop somewhere. I’m not looking to become Richard Branson (my beard is better) but would love a permanent space somewhere to create a really cool place to shop. My music, good artwork and possibly free biscuits (very possibly).

Promotion: Social media is amazing for spreading the word out there but my favourite way is getting out and meeting people. Be it the World Mountain Biking, or the World Pipe Bands, I love catching up with customers, old and new. 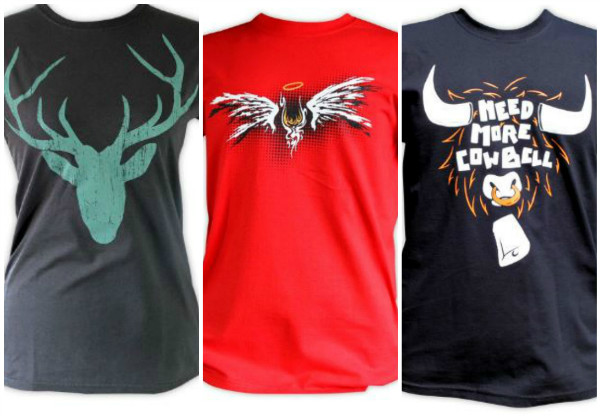 Popular and Favourite Products: The most popular design we sell is our Scottish Place Names Map – it was produced from an original screenprint I made. Personally though I’m loving the new enamel pins that we have. The amount of detail is just insane.

With Hindsight: Never (ever ever ever) proof check anything on a cell phone. This leads to costly print disasters and serious ear bashings and nagging from your other half.

At Home: I have a custom made clock from Juniper and Jane (they’re awesome). I use beard grooming products from Braw Beards and Cahoonas. We have soaps from Scottish Soap Farm, lampshades and tiles from Dibujo, kilt pins from Pewtermill, hats by Wonky Woolies. A few beautiful whisky cask pieces from Darroch and Angels’ Share and a lot of lovely things by Kathryn Glass.

Celebrity Clients: I’ve spotted Sean Batty wearing the Scotland Map t-shirt, which makes sense really. Martina Navratilova bought a bag from us, as has (Hi I’m) John Mackay from the news. Admittedly We sort of stalked him and gave him a shirt as we consider him more famous than Elvis.

In my Private Jet: San Diego, it’s just such a laid back place, that they totally freak out when they are due to get two hours of rain.

Favourite Independent Shop: Taymouth Courtyard Deli, not only in the location stunning and a distillery just around the corner. It also has an amazing gift shop/restaurant/deli.

Hidden Scotland: The Pineapple (I’d never heard about this till now, thanks David)

Best thing about Scotland: The weather….no actually it’s the rugged beauty of the landscape (which looks awesome in any weather).

Do you believe in Nessie? Yes, of course.

Favourite Film: At the moment, Mad Max Fury Road (though Deadpool gets an honorary mention)

Massive thanks to David for his honest interview. Would love to hear the story behind proof checking on the phone. Keep an eye out for another In the Shop Window interview coming very soon.

Posted in: In the Shop Window Interviews

In the Shop Window. An interview with Dee of The Butterfly & Toadstool, Newton Stewart

Our ‘In the Shop Window’ interviews are a little peek at the lives of the people behind some of Shop Scotland’s brilliant member businesses. A look behind the scenes at the loves and loathes of being the boss, see where inspiration and ideas get their roots and read the backstories of some of our most imaginative and creative small businesses. Delighted this time to be learning more about the wonderful world of Dee Leslie of The Butterfly & […]